Avoid Your Doctor at all Costs 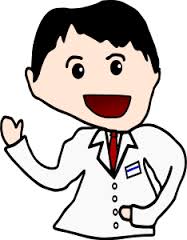 Have you gotten the flu this year? Or how about that nasty cold? If you haven’t, keep doing what you’re doing and watch out for that H1N1! In April 2009-February 2010 total fatalities in the U.S. got up to 18,050, according to Cnn News. “Widespread” means that more than 50% of geographic regions in a state or a designated area. With that being said, there  were widespread reports in several states, such as Alabama, Alaska, Arkansas, Colorado, Connecticut, Georgia, Idaho, Illinois, Indiana, Kansas, Louisiana, Massachusetts, Minnesota, Nebraska, Nevada, New York, North Carolina, Oklahoma, Oregon, Pennsylvania, Texas, Utah, Virginia, Washington state, and Wyoming,

Here’s some facts from the CDC’s flu advisory. Before 2009 the H1N1 flu was only seen in swine, so it was referred to the swine flu, but since then has adopted its new name. The virus has become so common in humans, it is now a strain in this years vaccination. To keep from getting sick remember to wash your hands, never touch your mouth, nose, or eyes, try to prevent sharing food with others, and get proper sleep and nutrition!