Generation Taking It Up A Notch 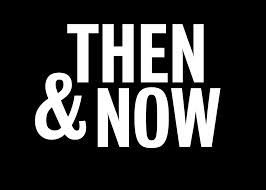 Every 7 years, there is a new generation of kids waiting to change society, and as technology grows, people do too. 7 years ago what did you know 20-21+ year olds have? There wasn’t much of anything, no flat screen TVs, cell phones were much less common. Facebook, Twitter or any other social media program hadn’t taken off yet. Look at us now. The internet makes everything so much easier to get a hold of people, whether it is in a positive or negative way.

The leading cause in teenage deaths is suicide caused by cyber bullying. Kids in this generation are becoming comfortable with harassing people over the internet. It’s easier to do virtually than in person. Cell phones are all teenagers care about and it is something they can’t live without. What would happen if cell phones were taken away for a day? A lot of people would go nuts. 7 years ago, it wouldn’t have made a difference.

This generation is completely out of control. Kids want to break the law rather than get an education, party instead of study, ignore all of the important things life has to offer. What they don’t realize is everything they are doing now, is going to affect what they could be doing in the future. I can only imagine what the next generation is going to be like.