And the Cutest Lake City Couple is… 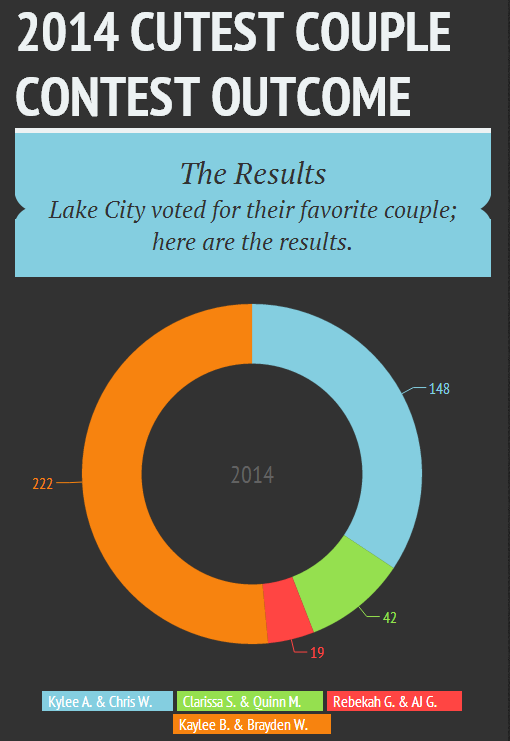 The results are in! Kaylee B. and Brayden W. are the winners of the Lake City cutest couple contest, winning with 222 votes in their favor. They will receive two Dutch Bros. Coffee gift cards, as well as the title of the schools cutest pair.

The contest lasted from May 1st until May 28th, and utilized the social media site, Instagram, as the grounds for submitting entries. The hashtag, #lchscutestcouple14, was used for students to categorize their pictures so that they could be used for the competition. A poll which included the submission photo was posted on the Timberwolf Times web page and was opened to the public on May 20th.

Overall, it was a fun and competitive month. Hopefully the winners will enjoy their coffees and the new title they received until next year, when a new pair will be announced! For now, congratulations to the winners and thank you to everybody who participated.