Basketball and the Fish 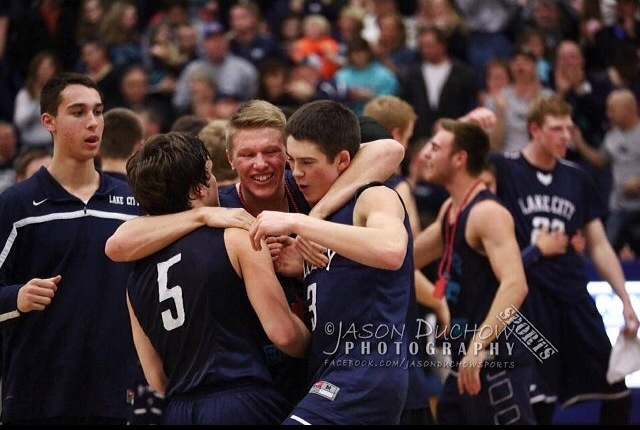 On January 16th,  Lake City Timberwolves will be playing Coeur d’Alene High School Vikings for the fish that the T-Wolves have had for four years now. This fight is for our beloved fish, during a basketball game in which both the girls varsity and boys varsity teams will be playing.  The games are at 5:30 for the girls and 7:00 for the boys. This year it is at Lake City High School, in the main gym.

During the whole game there is cheering  when points are  made on both teams. Coeur d’Alene is no easy competition and this year, it’s going  be a good fight. The girls will be playing hard and this game will be close, as well as the boys game but our T-Wolves have it in the bag.  This year for the boys Varsity roster we have eight seniors, two juniors and one sophomore.

The girls this year have 11 players on the roster with two seniors, five juniors, three sophomores, and one freshman Keara Simpson. Through all the cheering and spirit that is going on our T-wolf players will be playing hard so all students are able to keep their energy up. Though this is a spirit competition, mostly for this event, the game is a big factor. There are little points scored for the game but winning will count.

Though this game is a big one for the fish, it also counts for Lake City’s regular season  record.  So this upcoming game, be there! You won’t want to miss it! This game is going to be intense and full of Lake City Timberwolf Pride! go T-Wolves!