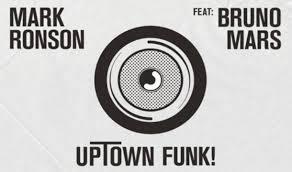 Songs are part of an average teenagers daily life, and how they feel about the latest hits is directly represented by Billboard’s ‘The Hot 100’ list. If you ask just about any teenager if they heard the songs on top of Billboard’s list they could probably sing them from memory to you.

Billboard’s ‘The Hot 100’ list is updated every week, and it provides an accurate representation of the most popular songs from that week. Taylor Swift’s song “Blank Space“ was replaced with Mark Ronson and Bruno Mars’s song “Uptown Funk!” the week of January 10th. As of February 26th Uptown Funk! has been stuck on top of Billboard’s ‘The Hot 100’ chart since early January. “Uptown Funk!” has been on Billboard’s chart for 14 weeks and for the last six it hasn’t moved from number one. As for the number two and three spots, they haven’t changed in three weeks. Spot number three belongs to Hozier and his song, “Take Me To Church,” and spot number two is taken by Ed Sheeran and his song, “Thinking Out Loud.”

The majority of students have heard “Uptown Funk!” at least once, and some have strong opinions on it, like Bekah Zufelt, a student here at Lake City. When I asked Bekah what she thought about “Uptown Funk!” she replied with, “I really like the song, I have fun memories with it and my friends, and I really love blasting it in my car.”