To serve and protect is the police force motto. But to the citizens of cities, like Baltimore, it has a different meaning. Police brutality is part of everyday life for people living in Baltimore. Protection of the people would be the opposite of police brutality towards them. CNN reports that many people growing up there have faced this issue their whole lives. Now they are standing together to resolve the issue.

The people of Baltimore are coming together to voice their emotions about the police brutality and racism shown in their community. A ‘Bloods’ member spoke to MSNBC reporter Chris Hayes and said that his gang was coming together to keep the peace in Baltimore. He stated that he and others blocked bottles and people from coming after the police. The majority of people in Baltimore don’t want trouble with the police they just want their voices heard. They also want answers about Gray’s death in police custody. Baltimore’s mayor Rawlings-Blake spoke last night about the riots and said, “Too many people have spent generations building up this city for it to be destroyed by thugs who — in a very senseless way — are trying to tear down what so many have fought for,”. The majority of the community is on her side supporting the idea of peaceful movements instead of destruction.

After last nights curfew, things have settled down in Baltimore. Last night elders of the community helped promote the curfew by telling young people to go home and stop the violence. Today the people are still peacefully protesting and the police presence has stayed the same. The National Guard is still in Baltimore helping promote peace and helping control the violent people. As this conflict progress hopefully their will be more peace than destruction.

If you have an opinion on the police brutality and race issue happening in our country feel free to weigh-in and comment on our articles. For more information on the topic you can go to CNN, MSNBC, USA Today, and many more news websites. 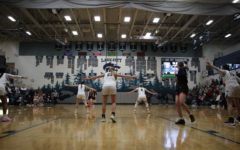