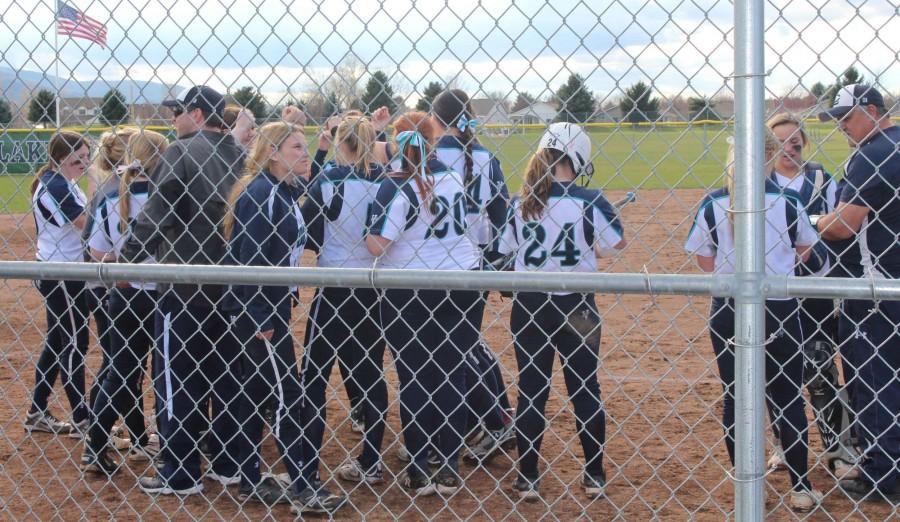 Coeur d’ Alene High Wins the Sprint, but not the Marathon

April 21st was a hard day for our Timberwolf softballers, with a loss against the Vikings. The first game was a score of 7-0, CHS with the win. The second game’s was 15-0, again CHS unfortunately devastating our players hard losses for the T-Wolves, but a great game for a step in the direction of a win for them.

The game started at 2:30 April 21st, and the girls came into the game with confidence ready to crush the Vikings. The first five inning were some of the best innings the the girls have had all season. Coach Jesse Lenz said, “They worked hard and I’m very proud of them!” The girls hit off the opposing pitcher,Brianna Burke, the best they could and senior Jaecie Wilson said before the game started, “Girls make contact and it’s gonna go somewhere, she has the speed and you supply the power. Swing and it’s gonna go.” The girls swung and only a few times did they make contact.

They worked hard and I’m very proud of them!”

Burke is a great pitcher and hitting off her isn’t easy. She’ll throw you inside, outside, and, what she’s known for, up Her rise ball always works, and it will get you out. The stands were packed, and whenever a simple out was made, people went crazy. This game was not only two great ball clubs competing against each other, but also two rivals competing. The whole atmosphere was changed when the count was 3-0, and a pitch on the inside corner was smashed over the fence  by Abby Howard. Even though that did happen, for the rest of the game the girls kept their heads up.

“I want to beat CHS more than anything this year!” said Coach Lenz.  They will have to work even harder in practice than they ever have if they want to beat them.  They can definitely compete with them, but can they work harder? Yes is the answer. Lake City does more practices, harder workouts, and overall puts in more time to win.   They want to the team that works the hardest to get where they are.  They want a state championship title, and they want to be number one.  Coach Lenz has those early morning practices and the girls come because they are committed.

The girls play CHS a couple more times this season and hope to come out on top. Even though they lost the game, they are still in this marathon and plan on winning it, when it counts. The coaches were very proud of the girls. Coach Amanda Kerier said, “I’m very proud of all you girls, as the game went along, you made your adjustments and started making contact with the ball.”

In the first couple innings, it was a 0-0 ball game. The girls were making great plays. The girls know they can compete with Coeur d’Alene, they plan on beating them, and they will. CHS is a great ball club and they are going to be hard to beat, but with hard work and practice, we can do it! Many things have changed this year, so they girls are able to work hard and reach their goals. Coach Dan Silvas says, “Even though they have great pitching, I know the girls can hit!” and Coach Lenz says that he can plug any player in, in the lineup and they will do their job they are put in the lineup for.

The girls might not be ready for CHS this next time, but this next time isn’t going to be the last time they face each other. They girls are preparing for the game that counts, and whether it’s next game, district competitions, or state championships, they believe they will defeat the undefeated Vikings; it’s just going to take practice and time.  With practicing every day, you would think the girls would be ready, and they will be.

Scores do not mean anything, except a win and a loss. It does not dictate which team worked harder or which team is better, even though it seems that way. “I fully believe you girls are the better team,” said Coach Lenz, “and that you will come out on top.” The girls are excited to practice their plays and make them perfection. Those mistakes make them even more of a team and being more of a team means you can trust each other, which means more wins, and eventually winning against Coeur d’Alene.

They girls are practicing hard and they will win. The crowd, coaches and the players all believe it. Practice makes perfect, and lots of it will be perfect. Coaches always say practice how you play, and that’s why the next time they play, those Vikings are going to be defeated. Next game, go support your T-Wolves and watch them win against the Coeur d’Alene Vikings! 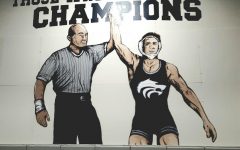 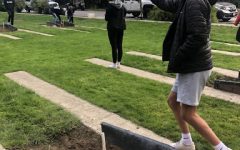 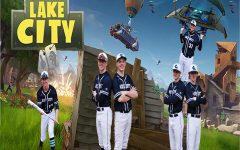 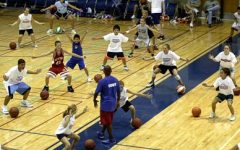 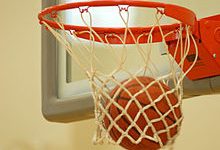