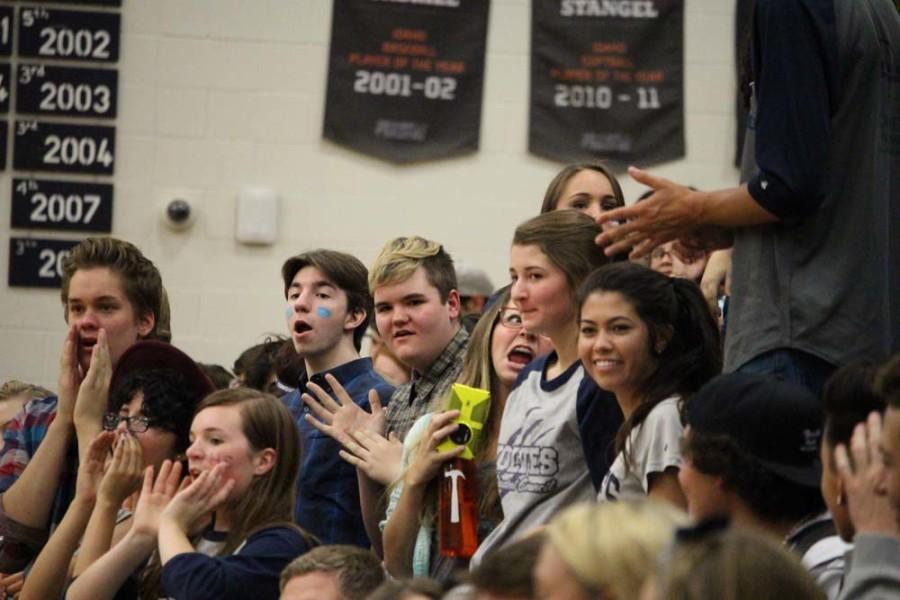 At Lake City, we are known for our fun assemblies because of our games, the cheers, and our loudness! Lake City truly gets into our spirit. No other school could beat us at that. At the assembly on September 25th, 2015, to get ready for the homecoming football game and the homecoming dance, there were a lot of fun games played with lip syncs that kept you on the edge of your seat. I was lucky enough to get the privilege to interview a couple people. The interviews varied in reaction from the audience about homecoming and the homecoming football game. Some questions that I asked people: Who did they think would win, if they were excited for homecoming, and any specific reasons why they were going to homecoming. As I walked around the assembly carefully trying not to run into the game playing participants, I interviewed two people: Dakotah Andrews and Oskar Owens. Just brief questions and answers were said.

Although Dakotah Andrews didn’t believe that we could win, Oskar Owens had a different prediction. “Lake City ‘ups’ Tumwater in everything and we are going to annihilate them in every way possible!”, Owens said with high hopes and confidence. Well, Oskar was not wrong, the other team just happened to score more points! Aside from the homecoming football game, I didn’t just ask questions about just that. I also asked who was going to homecoming and why. Oskar Owens also said “I am going to homecoming because it’s my last year to go and you really have to experience it as much as you can. You can’t get these four years back.”

So I guess what Oskar Owens is trying to say is that you need to enjoy your four years of high school as much as you can! Go to as many events as possible because they aren’t going to happen again. Also, another thing about going to events is that anytime there is an assembly, a lot of people like to leave. I don’t understand why, because assemblies are one of the most fun things we do here! Anytime you get a chance to go to one, go! You won’t be disappointed.

Lake City and the Block Schedule

We took to the halls to talk with students about the block schedule and how it has an impact on their education and their day to day life. Here is wha...