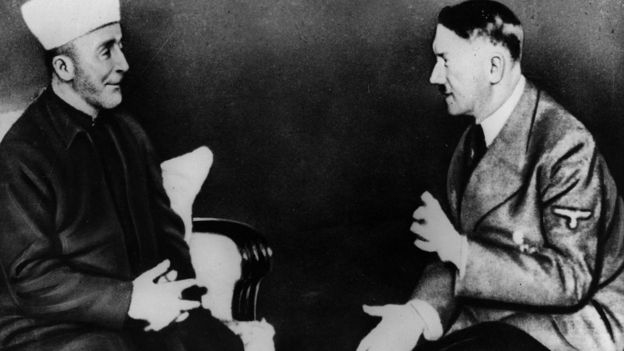 The Prime Minister of Israel, Benjamin Netanyahu, had made a statement claiming that the idea of the Final Solution, the extermination of all people of “undesirable” extraction, including Jews, during World War II, came not from the ranks of the Nazi Party, but from the religious organizer of the Islamic holy sites in Jerusalem at the time, Grand Mufti Haj Amin al-Husseini. These claims about the Holocaust’s origins has sparked controversy and outcry about the veracity of these statements, as well as the motives behind them.

The secretary-general of the Palestinian Liberation Organization, Saeb Erekat, said in a statement that

“It is a sad day in history when the leader of the Israeli government hates his neighbour so much that he is willing to absolve the most notorious war criminal in history, Adolf Hitler, of the murder of six million Jews.”

At a time when relations between Palestinians and Israelis are worsening, and violence is increasing on a daily scale, many Palestinians agreed with the PLO. So too did many Israeli sources. The chief historian of the Yad Vashem Holocaust memorial in Jerusalem, Prof. Dina Porat, said that his claims are false. “You cannot say that it was the mufti who gave Hitler the idea to kill or burn Jews,” she told the newspaper Yedioth Ahronoth. “It’s not true. Their meeting occurred after a series of events that point to this.” Opposition leader Isaac Herzog claimed that these statements would only give strength to Holocaust deniers. Writing on his Facebook page, he said

“This is a dangerous historical distortion and I demand Netanyahu correct it immediately as it minimises the Holocaust, Nazism and… Hitler’s part in our people’s terrible disaster,”

German chancellor Angela Merkel, standing alongside Netanyahu today in Berlin, where he repeated his controversial statement, denied that the Grand Mufti had anything to do with the Holocaust’s beginnings. “We don’t see any reason to change our view of history, particularly on this issue,” Chancellor Merkel said. “We are very clear in our minds about the Nazis’ responsibility for the break with civilization that was the Shoah.”

Netanyahu became Prime Minister of Israel for the first time in 1996, and again in 2009, as part of the right wing Likud Party. He has pursued a demilitarized Palestinian state that recognizes Israel, and in his first term signed the Wye and Hebron Accords with Palestine. He has taken a hard line against the United States’ nuclear deal with Iran, even arriving to the US in early March of 2015, speaking against it in Congress. Two weeks later he was once again elected prime minister, with analysts criticizing him for usage of anti-Arab language to get voters.

al-Husseini fled from Jerusalem in 1937, taking refuge finally in Germany during the course of World War II. During this time he was purported to have met with Adolf Hitler, but records of their conversation were lost. Claims of the Holocaust originating with the grand mufti has support from fringe Holocaust historians, but are generally considered discredited by mainstream historians. al-Husseini had organized violent raids against both Jewish residents and British authorities in the then League Mandate of Palestine, and his position and status with the Nazi Party and the Third Reich earned him enough infamy to be considered a war criminal. He was never tried at Nuremberg and died in 1974.