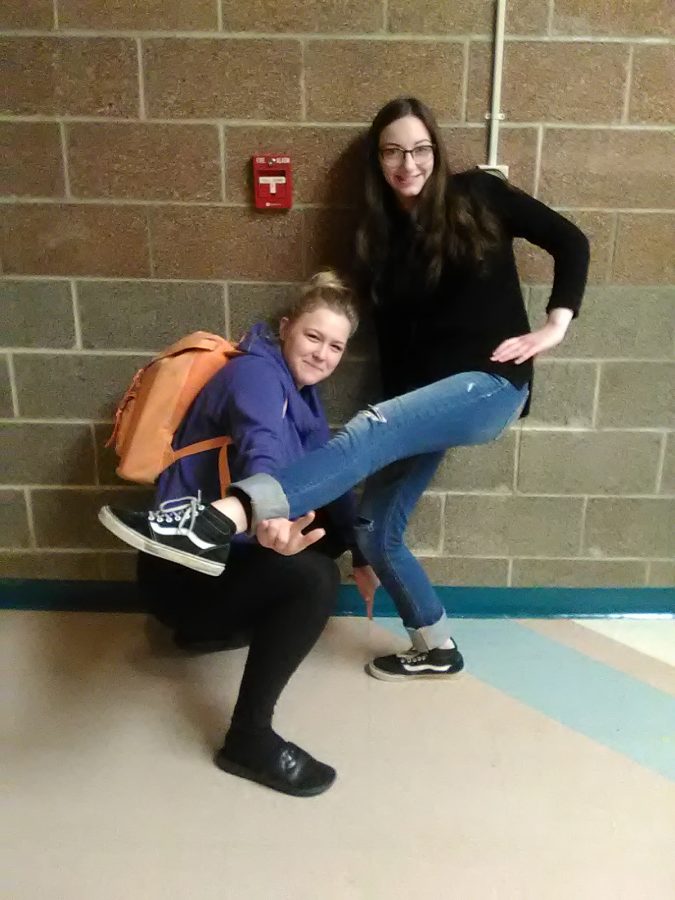 Keylissa is on the left

In an effort to get the school back in touch with its dedicated news team and vice versa, we’re implementing a new segment in which we will feature an interview with a random student to bring to light and appreciation the factors that make our student body so unique and individual. The segment will be called the Student Spotlight. To start off this segment, I got an interview with sophomore Keylissa Coleman.

Keylissa was a very humble and reserved person, and gave plenty of time to think about her responses showing a calculating nature uncommon among high schoolers. She didn’t have a whole lot to say, but what she did was very insightful.

I first asked her what her favorite class here is, and after careful deliberation between all of the many fun classes and cool teachers she settled on Mr. Jasmin’s english class. She said she liked how laid back he is.

Expanding on that, she said her favorite thing about our school is the teachers, stating they are, “chill,” as she put it, a sentiment I agree with wholeheartedly. She seemed to show a strong appreciation for our hardworking staff.

She said she isn’t on any sports teams or in any clubs, but does act as manager for the baseball and the basketball teams. She doesn’t know what she wants to do directly after graduating, but eventual plans include being a nurse practitioner. When asked if she has any hobbies, she thought for a bit and said, “I know how to cross-stitch.”

She seems to be very in touch with her spiritual side, because when asked for a parting quote she, in an act of unexpected preparedness, pulled out her phone and pulled up a quote reading “Don’t get drunk on wine, but instead fill yourself with the Holy Spirit.”