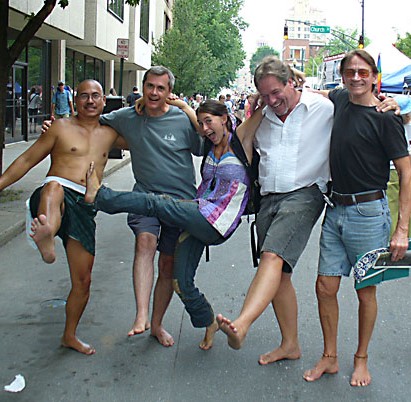 In 2007, the University of Witwatersrand in Johannesburg, South Africa, publishes a study called “Shod Versus Unshod: The Emergence of Forefoot Pathology in Modern Humans?” This study took 180 modern humans from three different population groups (Sotho, Zulu, and European), and 2,000-year-old skeletons. The researchers concluded that before the invention if shoes, people had healthier feet.

Among the modern shoe wearers, Zulus, who often are barefoot have healthier feet than Europeans, who often wear shoes. “Natural gait is biomechanically impossible for any shoe-wearing person,” wrote Dr. William A. Rossi in a 1999 article in Podiatry Management. “It took 4 million years to develop our unique human foot and our consequent distinctive form of gait, a remarkable feat of bioengineering. Yet, in only a few thousand years, and with one carelessly designed instrument, our shoes, we have warped the pure anatomical form of human gait, obstructing its engineering efficiency, afflicting it with strains and stresses and denying it its natural grace of form and ease of movement head to foot.”

Shoes are making our walking incorrect and causing pain that isn’t necessary and wouldn’t be happening if we didn’t wear them. Everybody is going to say something like “shoes protect your feet from things that could cut or damage them,” but this pain is temporary because just like your hands after a good few weeks of monkey bars, feet form thick calluses, which protect from glass and rocks.

There is a community called the Society for Barefoot Living, est. 1994, that answers any questions I have ever had about barefoot living. It’s legal to do in grocery stores, driving, eating out, at work, in church, and sometimes even in school. Once you adjust to the pain and discomfort of walking on rough grounds, you can even walk in snow and cold temperatures.