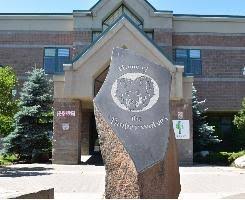 With many school attacks happening every week various schools are taking extra precautions  to ensure the safety of their students, and Lake City High School is one of them. According to everytown research.org, there have been 303 school shootings in the United States since 2013, which averages at about one every week. 20 to 30 percent of secondary school students reported having seen an illegal weapon on school grounds as well. However, a large portion of these shootings either happened unintentionally or resulted in no human casualties.

One action Lake City made to help prevent a school shooting occur was to make the front entrance the only point of entry in the entire school. Other doors can still be used as exits from the building, but many students here still have taken an issue with this new policy while many believe that the change can help prevent any outside intruders from attacking.

The whole problem arose when a student here let in a person from the senior parking, even though that entrance is supposed to be exclusively used by seniors and staff. Sean Glenn, a freshman here, says, “I think it’s unfair that they are forcing everyone to go through the front entrance, just because one student made a mistake. The seniors should at least be reimbursed for buying a card that serves no function now.”

Seniors are angry that they have to walk all the way to the front entrance when they had paid for their senior parking passes, but that extra minute long walk and allowing that entrance to be closed could inhibit a school shooting from happening here at Lake City. While, still, there is a chance of a school shooting happening, this is a good first step in ensuring the safety of everyone here.